My little twin tornadoes are such a source of fun and sometimes frustration but they are an amazing pair to watch. I’ve mentioned in several past posts that twins are still a phenomenon that the world loves. Identical twins especially.

Now of course my girls are not identical but they still hold such an incredible bond. They had their own language or twin speak, as we called it, until they were about 2. Man they made a lot of good plans that way. Mom and dad had no idea what they were saying and they rarely got caught, lol.

They feel deeply when the other is suffering and they don’t like to be separated for long periods of time. They pick on each other all the time but heaven help if someone picks on their twin. ( I know, not unusual for siblings but there is an odd intensity to there fighting and protecting of each other.)

I know boring!! But really when you get to watch these two day in and day out its fun. They have so many identical features to them (nose, hair and eyes) and yet so different. Their personalities can mirror each other one day and the next be oceans apart. It’s amazing!! I’m so lucky to be their mom and get to witness two people who as Sheldon put it, “aren’t the same in any way. They just managed to share a uterus for 9 months.” (He is soooo wrong)

Have a great night all!!! 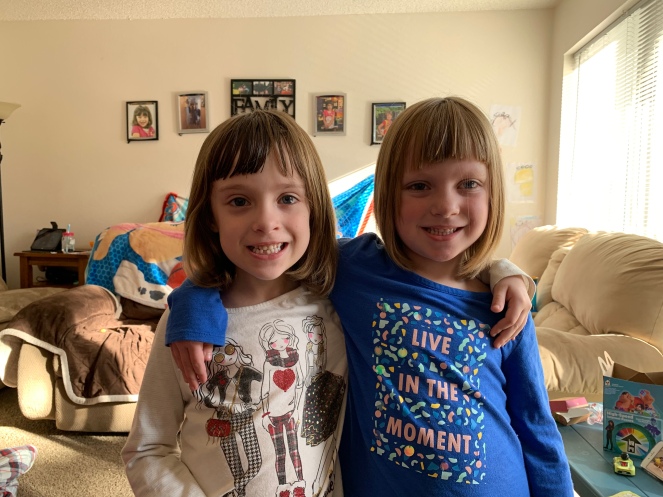 One thought on “The Power Of Two”

My Tweets
WeeklyWisdom - The Weekly Dose of Wisdom

The Weekly Dose of Wisdom

Enjoying Life in the Ozarks